Too much time has passed for me to play catch up with the past 3 years. Quick fill in, had another kid, Wayne, he's 18months now. Oh, and we moved to England.

This will now be our England adventure journal.

Whenever we can resume traveling.

But for now, it will be the differences in living in England. Besides driving on the opposite side of the road, one of the strangest things to me is when they say

Us Americans say, "Hi, how are you?" but for this phrase they say "You alright?" it still catches me off-guard, like, "Yes, I am alright..." (thinking in my head, I didn't fall, did i)

Posted by Devyn Pickett at 2:59 AM No comments:

Clarky turned ONE years old on January 8th!!! I can’t even believe my third child is already one, and that he is ONLY one . It feels like he has been here forever and not long all at the same time. Poor baby has been sick for a couple weeks and today was his one year appointment. Since he has been sick, he lost some weight. Which is already a concern of the doctors. He is the smallest one year old I know, which is why he is 0% for weight! Weighing in at 16lbs. He is 29 inches tall at 18% and his head was 56%. We will continue our monthly weight checks, and hope he can pack on the lbs! He had taken one step and walks a ton holding hands or along things. He is a quick crawler and is always on the go. He enjoys toys, peek a boo, unrolling toilet paper, eating, Nursing, baths, Mom, and reading books! He is a binky baby for sure and has started trying to feed himself with spoons and tries to use anything as a brush for his hair! He has the cutest ears that poke out. He wears size 3 diapers, size 12 month clothes. We made it an entire year exclusively breast feeding! (Three babies, no formula!) and also today at his doctors appointment he has a bad ear infection! Poor buddy! He has 5 teeth, I believe,  and we tried a drink of cows milk. It got spit right back out! My cute superman Clark is full of love and personality. 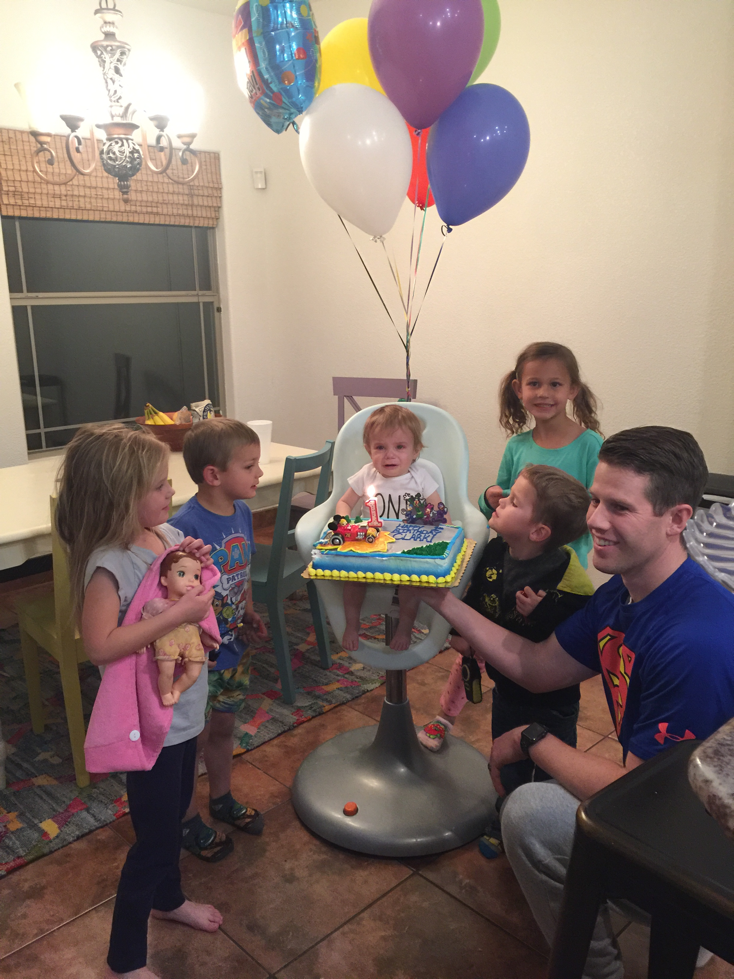 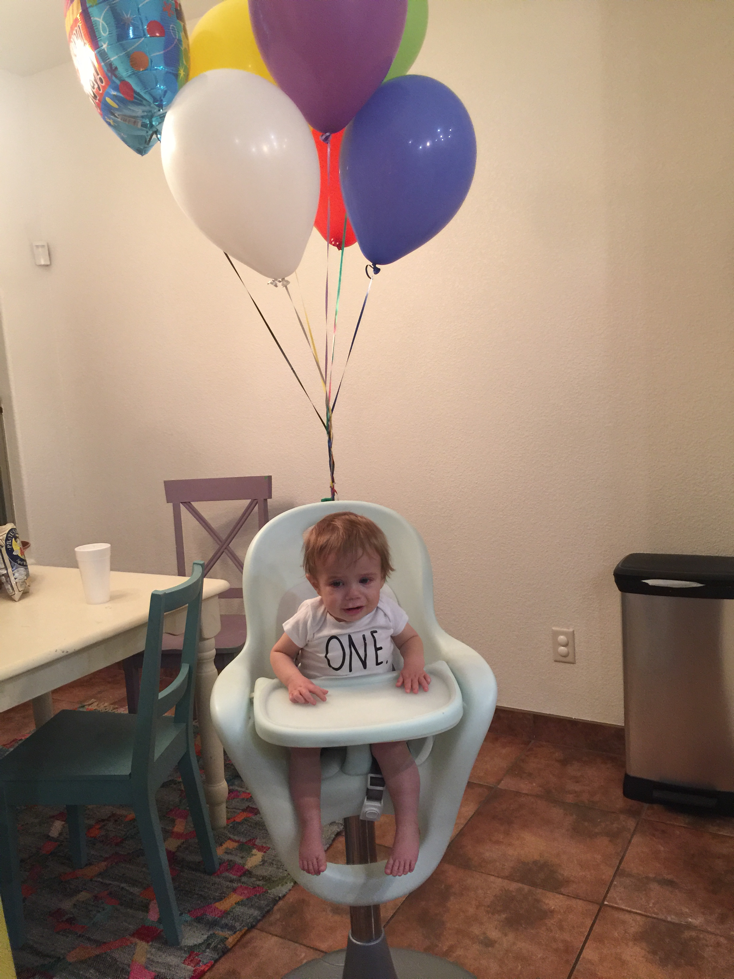 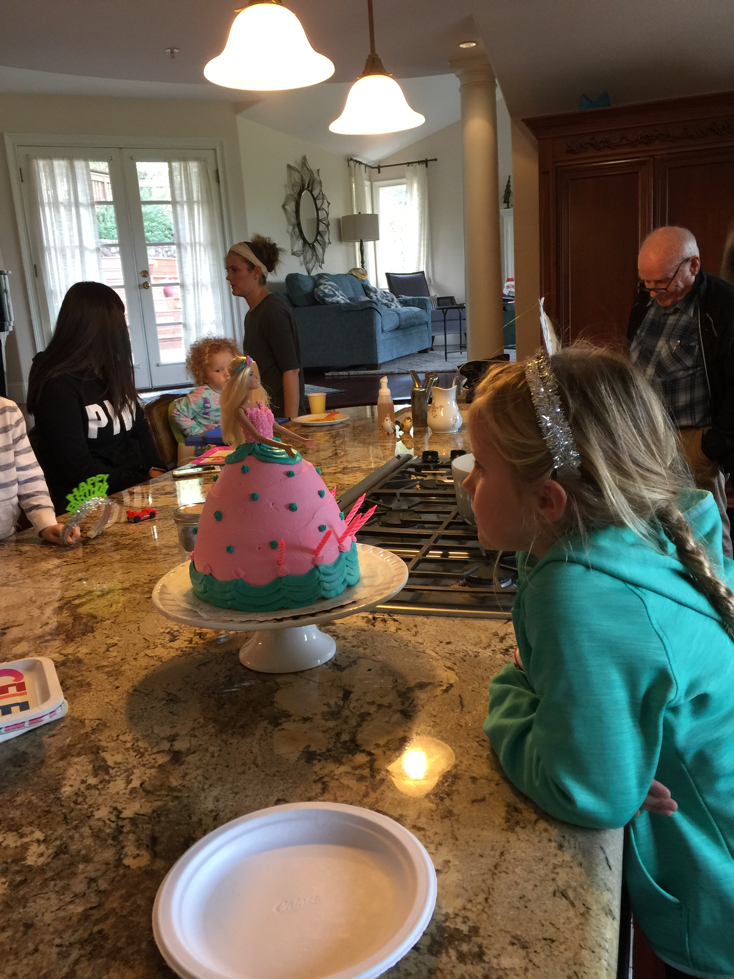 We arrived to California just in time for hazels 6th birthday!! Dec 22! Grandma got hazel the coolest cake and we had an impromptu birthday day for her! Playing with cousins, lunch, cake, more cousin playing, going to the movies with everyone to see Ferdinand and then In N Out for dinner!! Hazel got to pick what she wanted to do and eat all day! 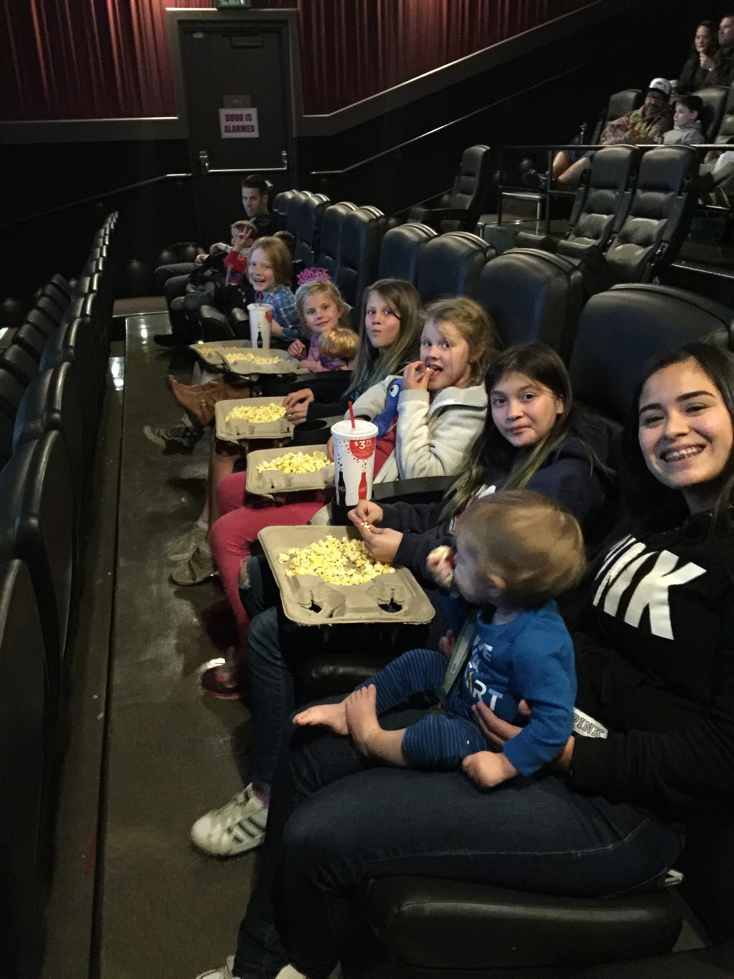 The next day dec 23 the Wagner gang all went into San Francisco and went to dinner at House of Nan King and then went to the PANIQ room! Girls totally beat the boys 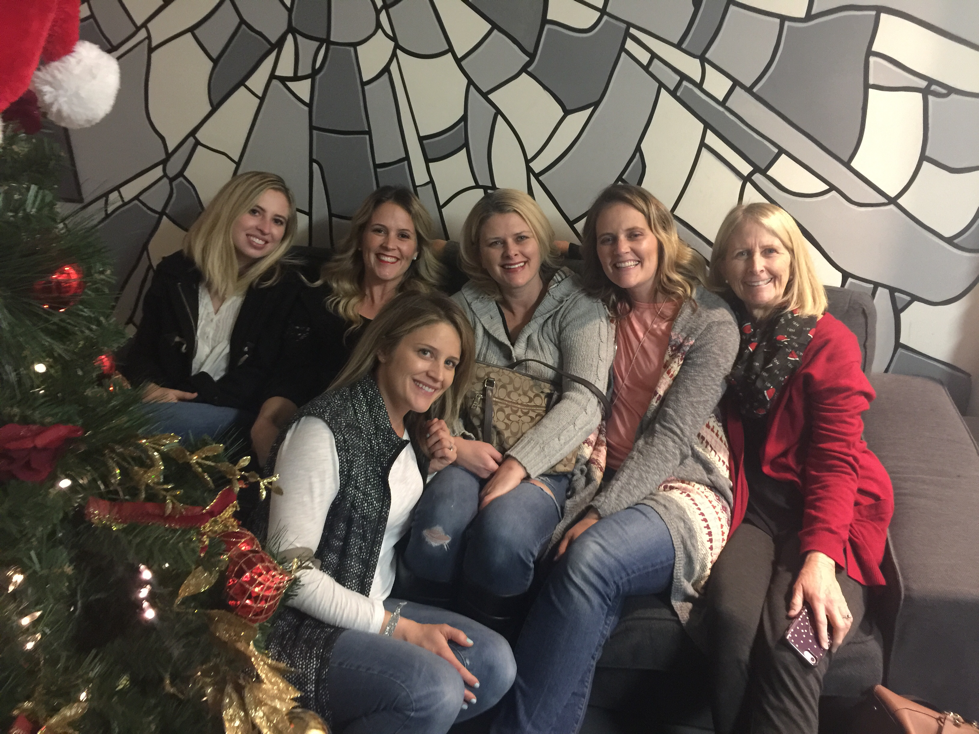 This was my bribing attempt to get a cute picture of my children on Christmas Eve Sunday. Mitchell does not enjoy cooperating 😂😂😂 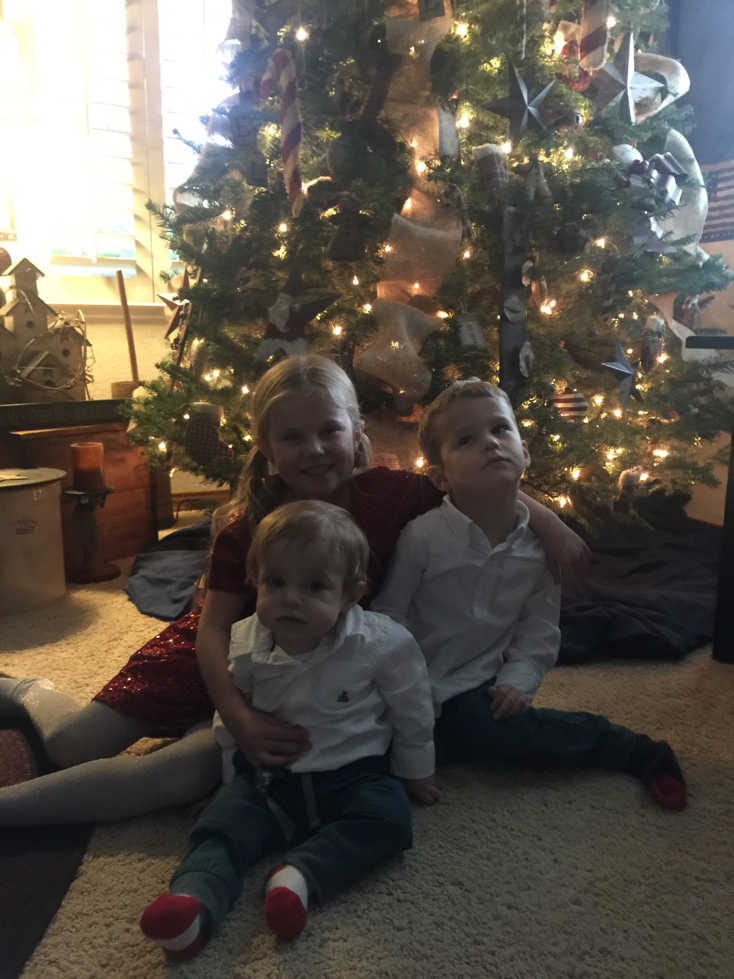 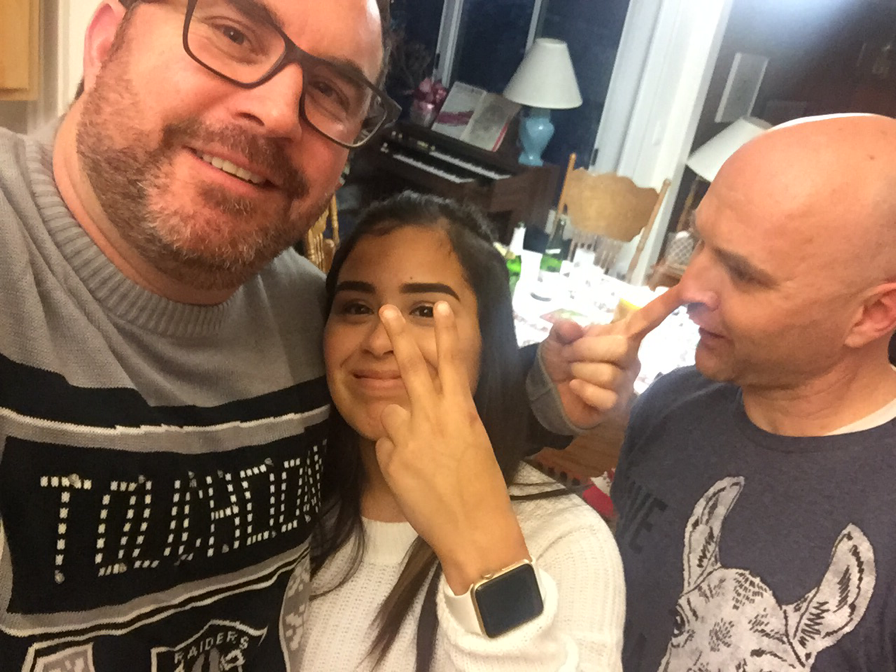 I found the above picture on my phone (along with several others!) this was Christmas dinner at Grandpa greats! Brittani and I were able to set up the tables with Grandma greats fanciest Christmas China. It was a fun dinner! 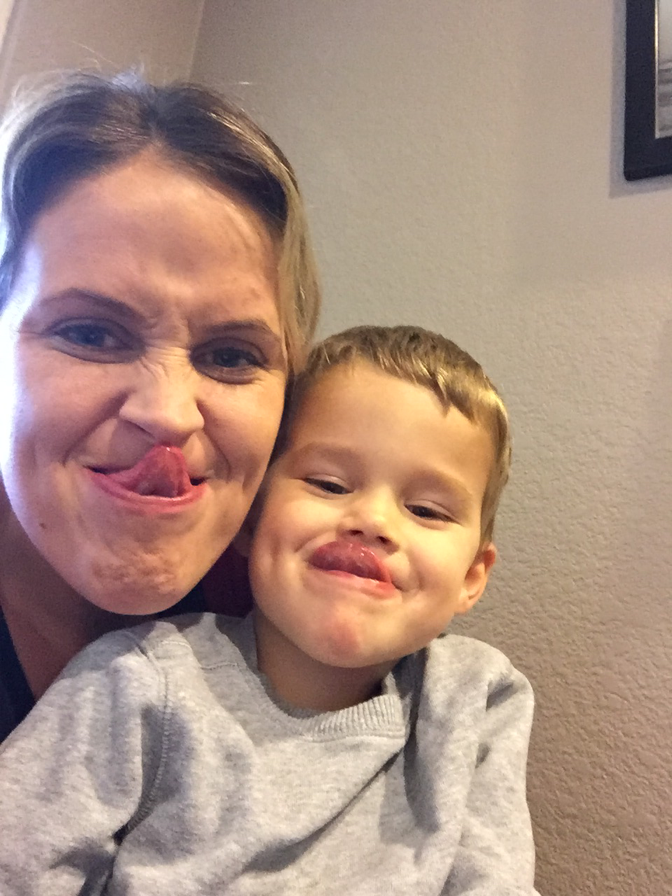 Mitchell and I enjoying silly selfies 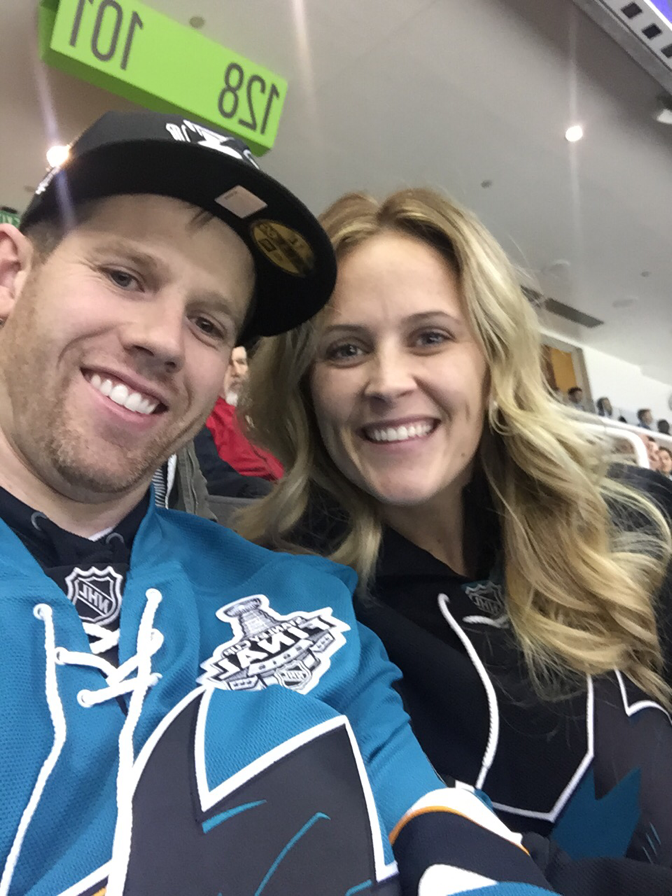 Sharks game!!! They won in a shootout! Thanks popsie and Grammy for the tickets and watching the munchkins!! 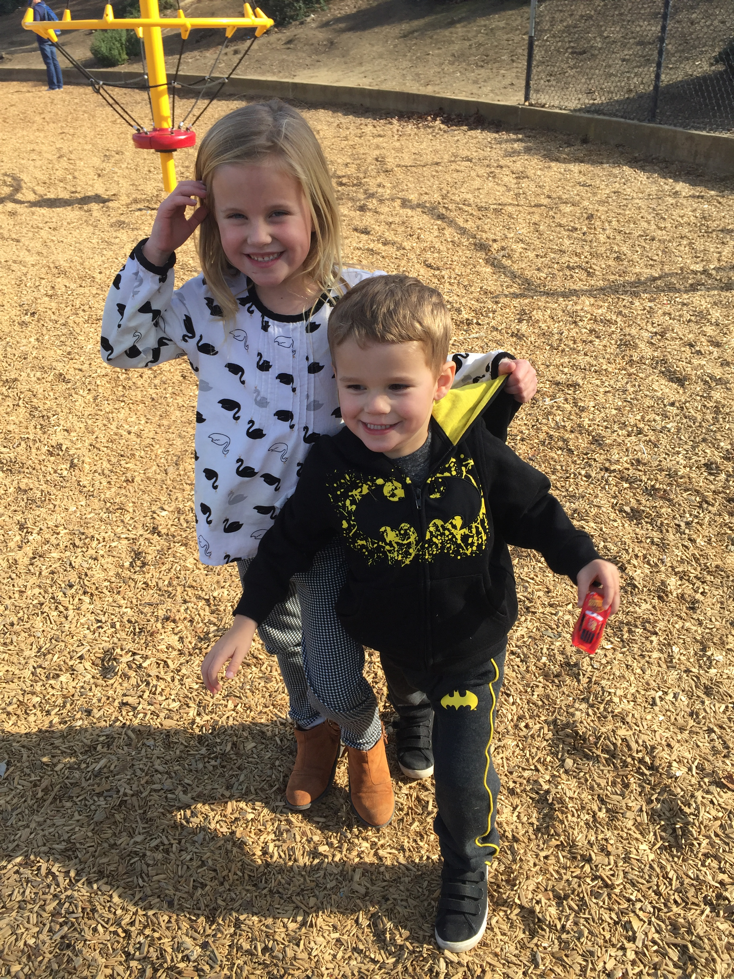 These two loved the park time together
Below is cousin Tay Tay and Mitchy! They love each other and love playing ninjas and pj mask! 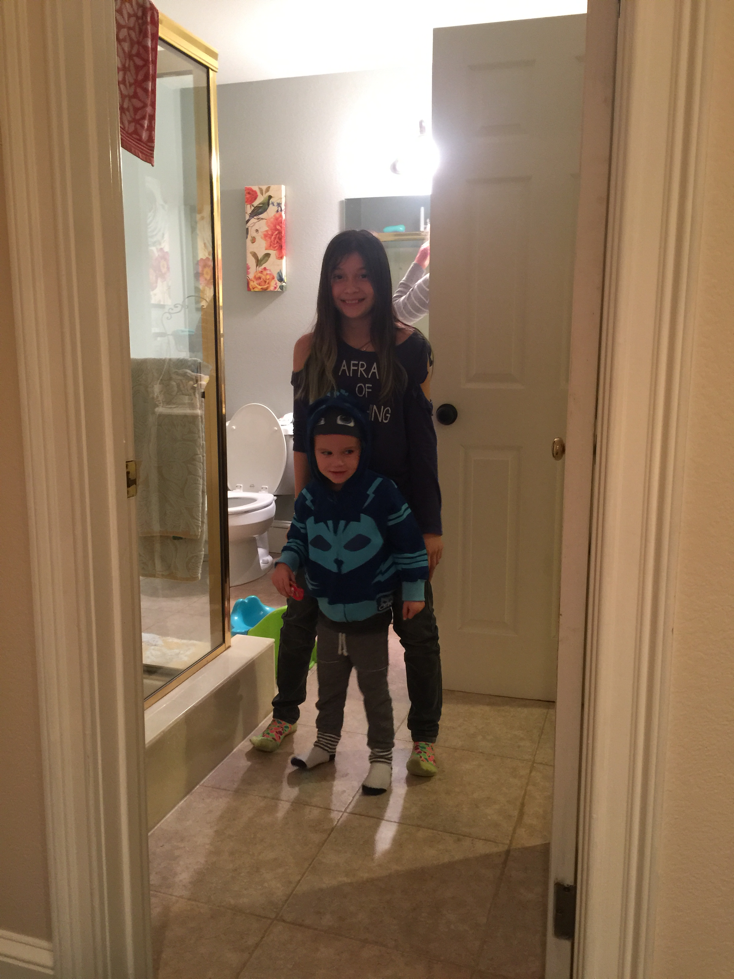 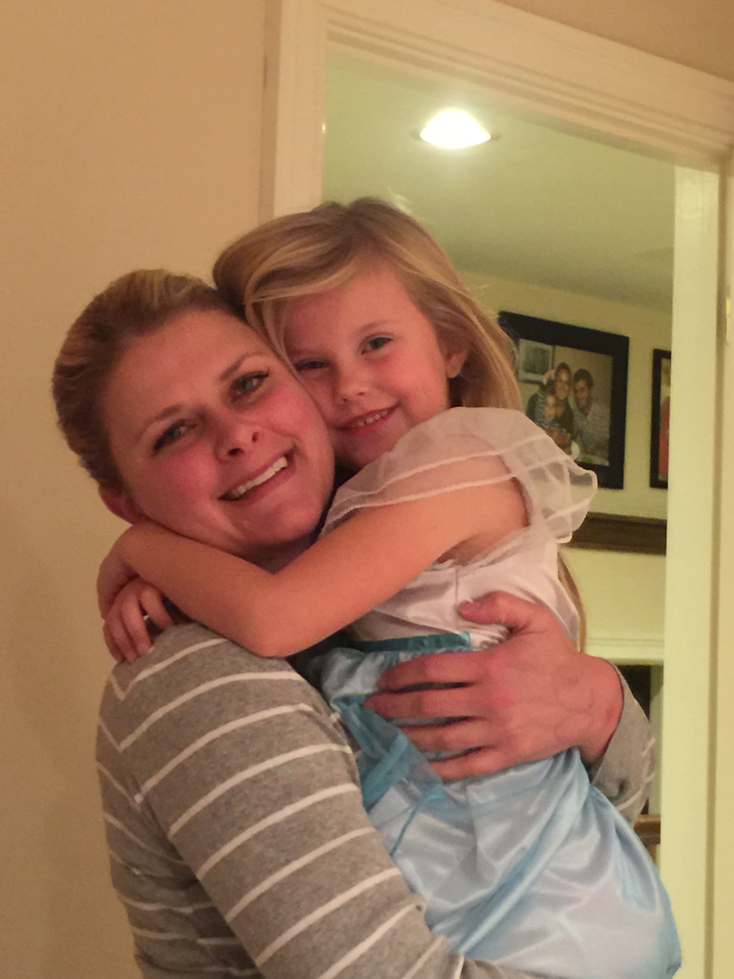 Ashley and hazel!
We enjoyed a fun 10 days in Napa and Benicia! Cheers to 2018!
Posted by Devyn Pickett at 2:21 AM No comments: 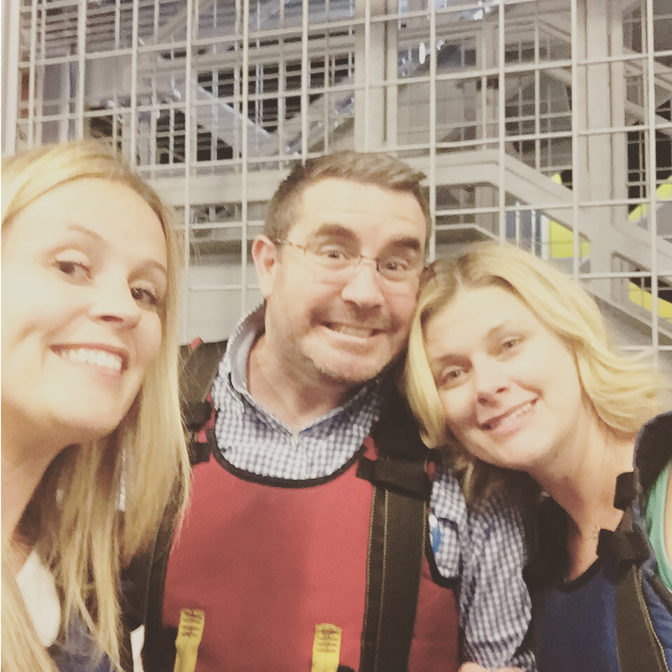 Riding the slotzilla zip line at 1130 at night with Ashley and Trent! 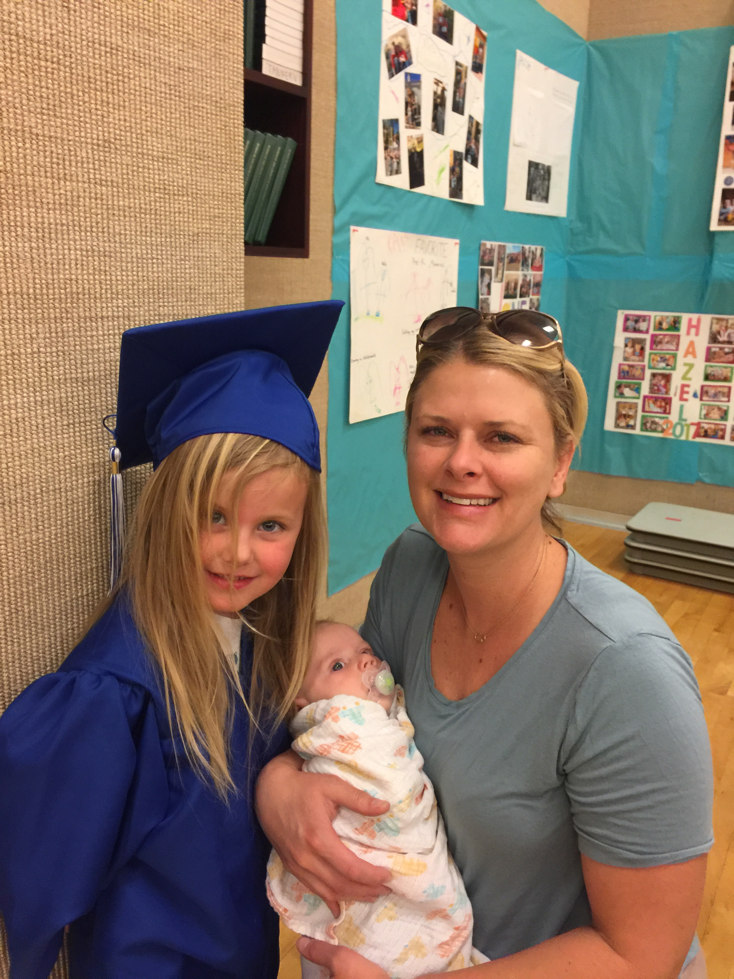 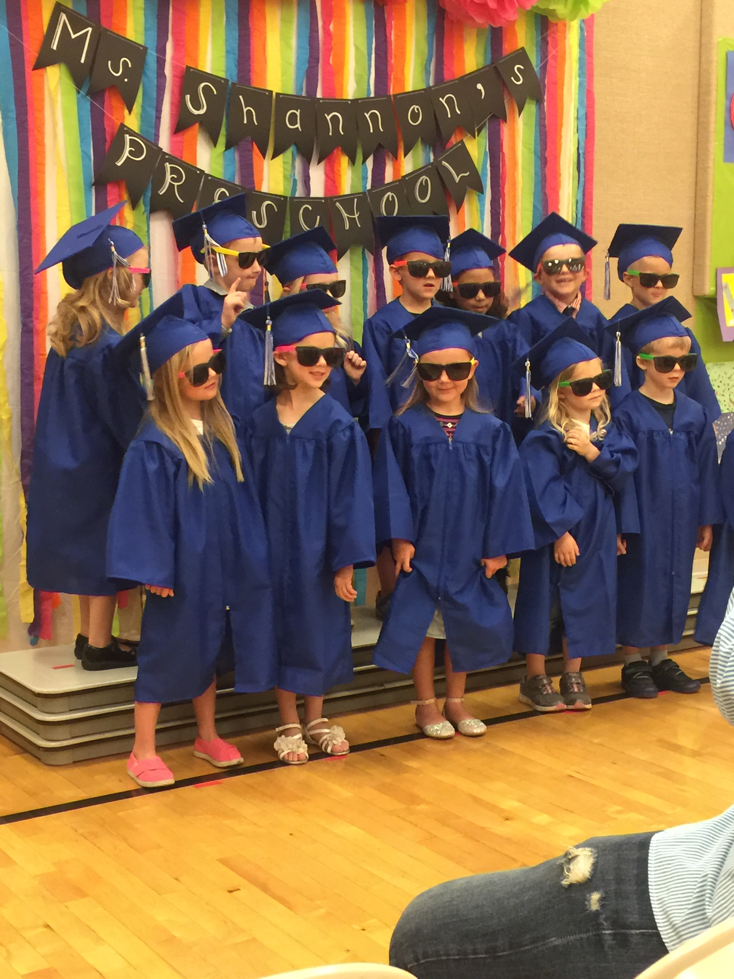 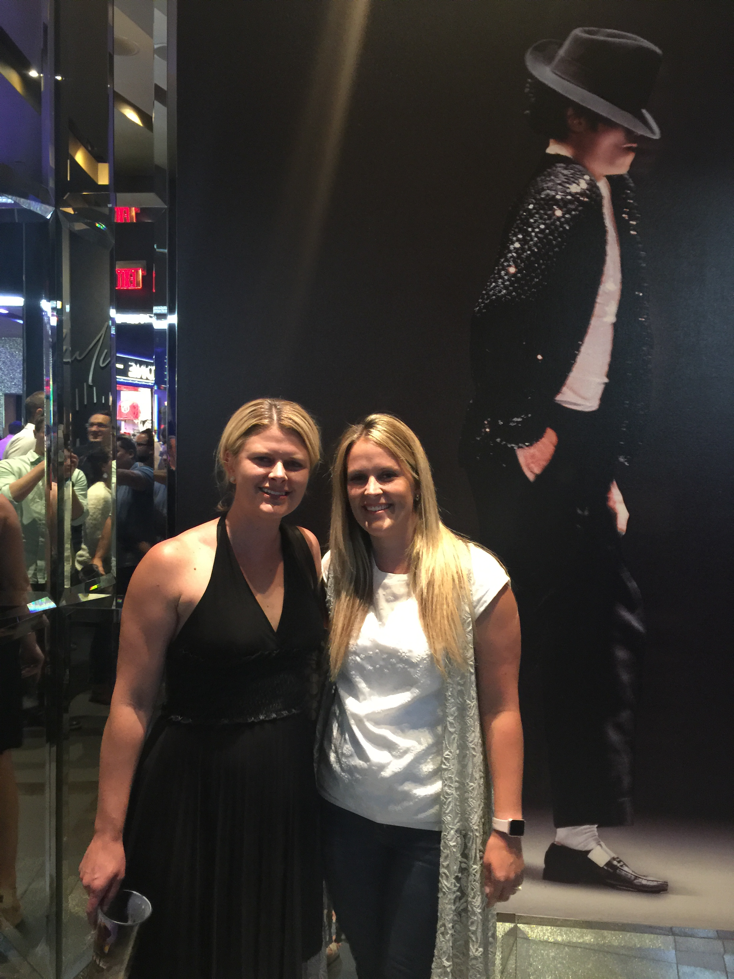 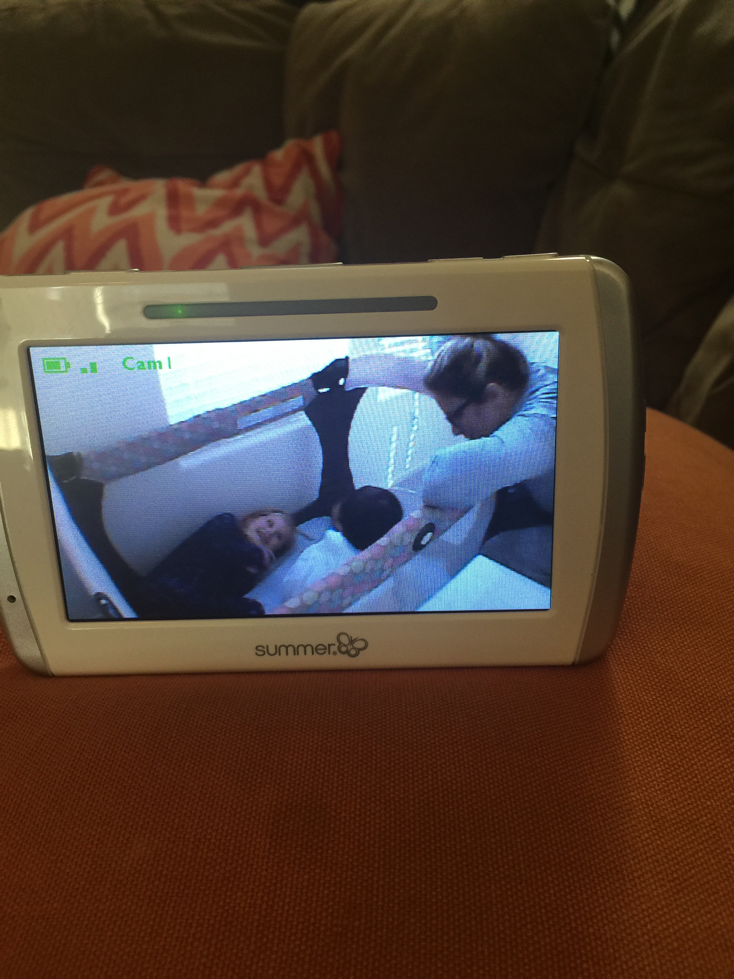 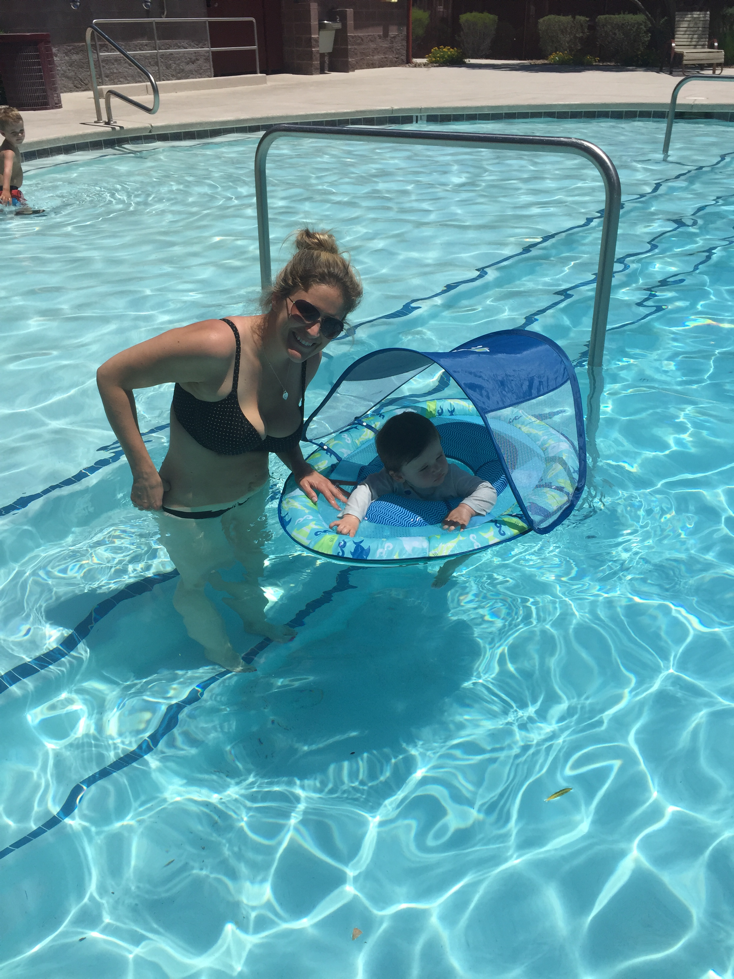 Pool party!
Thanks for coming to visit!!!
Posted by Devyn Pickett at 2:18 AM 5 comments:

It’s not everyday your bestie comes to visit you!!! Chelsea and Nash flew out to come visit us in Vegas. We played, jumped on trampolines at Gravady, went to see the cirque Beatles 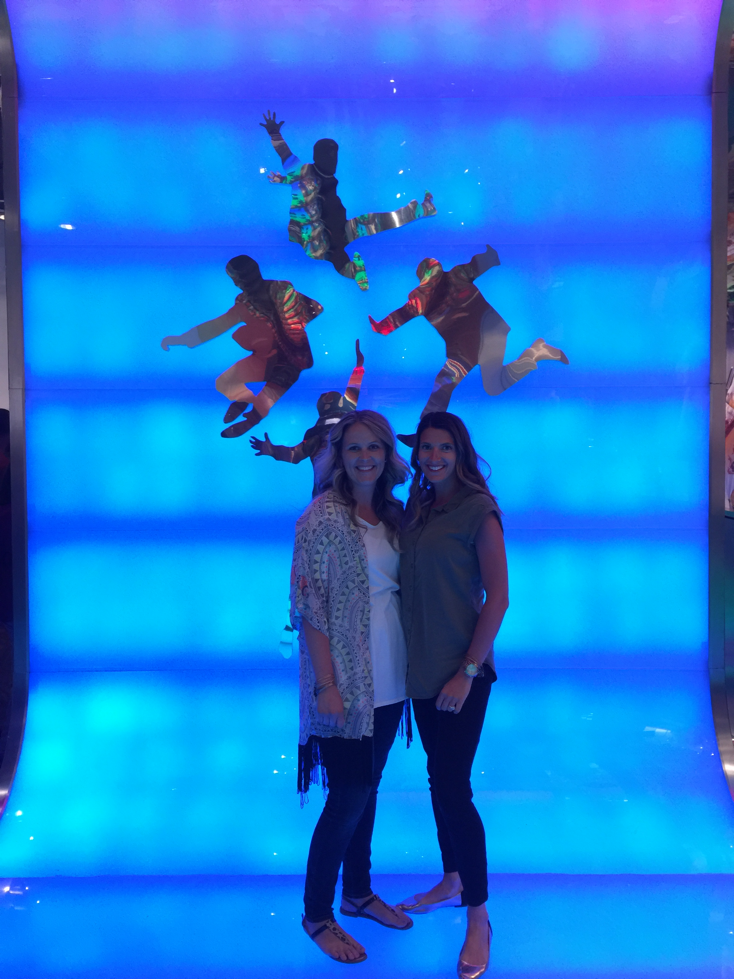 Thanks for coming!!! I wish we lived closer, maybe someday! Love you girl!!
Posted by Devyn Pickett at 2:07 AM 1 comment:

We were fortunate enough to get to go home for Easter and we got to bless Clark at my parents home! 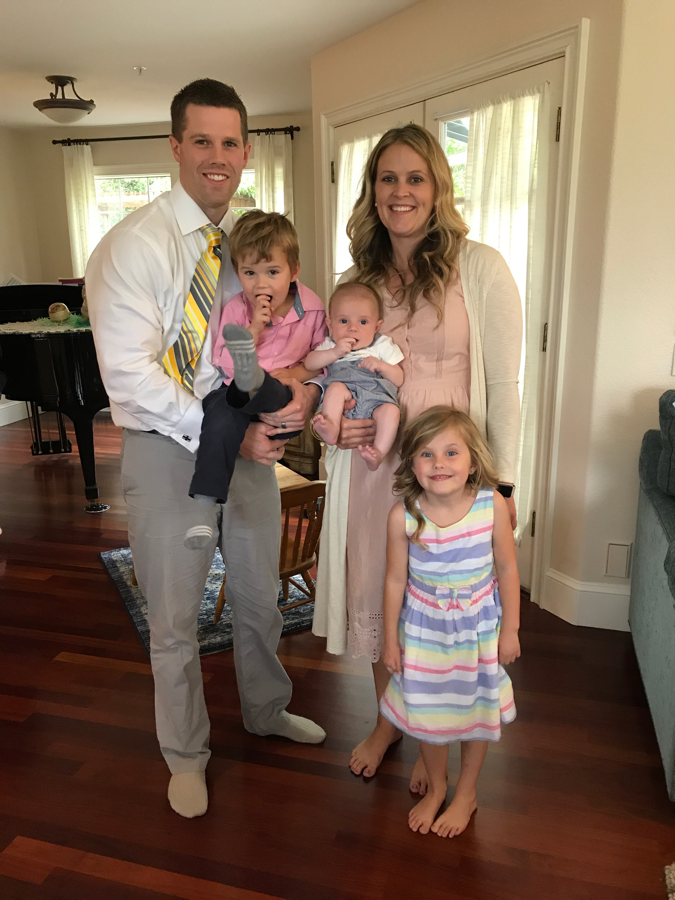 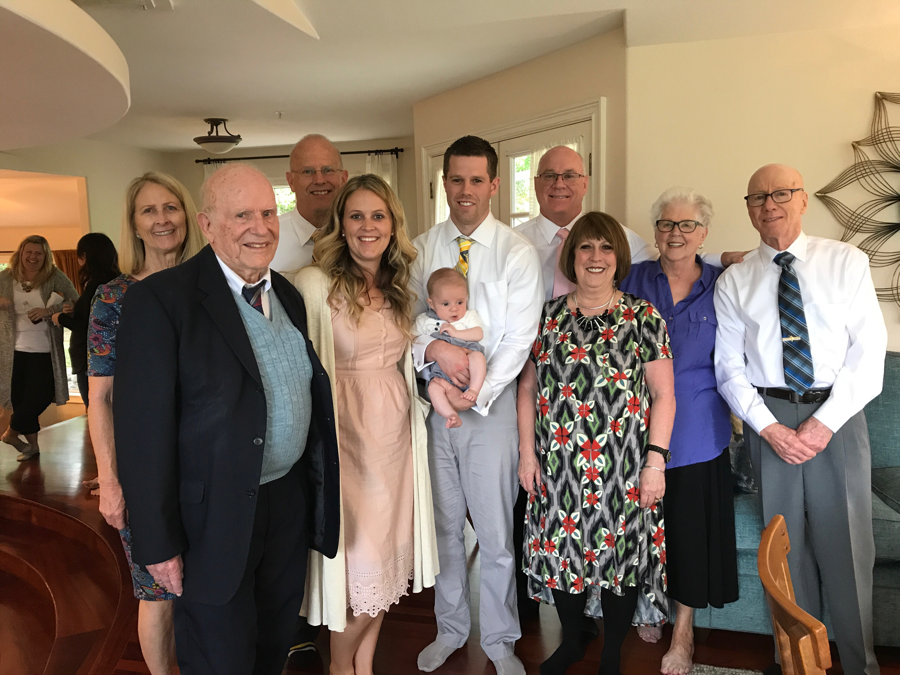 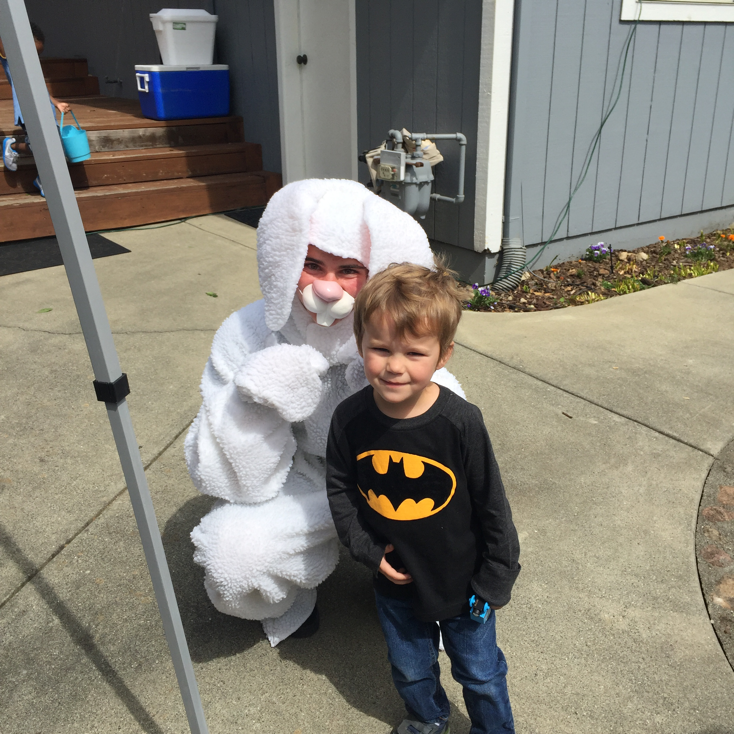 I haven’t blogged since April 😬 so let’s do a catchup.
In the end of April we found out we got orders to head to Holloman Air Force Base in Alamogordo New Mexico. Have you heard of it? Nope, me either! We learned it was an hour away from my cousins who live in Las cruces. Albuquerque was our nearest temple, not counting the Juarez Mexico temple. El Paso is our closest airport and Costco, and our nearest target... is an hour away. We were moving to a small town, 30,000 people, a significant amount of those are military. There is a walmart, and a jcpenny in the town. Excited for us yet? I only think I shed tears a few times, but I was ready to get there, to call some place “home” for longer than a year.
We were back and forth between buying a house, renting or trying to live on base. In the small world we live in, my friend Megan from dental school, her husband had actually come down here to interview, (but ended up not taking the job) but she had a lds dentist wife’s number and put me in contact with her. I was able to talk to this sweet Lisa who then put me in contact with another dentist on bases wife! Turns out she grew up with my bestie chelsea in Olympia and her cousin is married to a Frye! So, I initiated contact and I asked her where we should live. Obviously she told me  to live in her neighborhood 😉😝
Finally mid June I decided we couldn’t put it off any longer, this was our reality and we needed to figure out where to live. I contacted a realtor and mortgage lady, and they said if I wanted to move in anywhere by the beginning of August, I better but a house soon! Also in June, I got hired by the local hospital for a PRN labor and delivery position to start early August. So I had to be out there sooner than Jason.
I ended up flying out for a quick weekend with Clark. We stayed with my cousins in las cruces and I bought a house. Yes, clark and I bought a house. I love it! 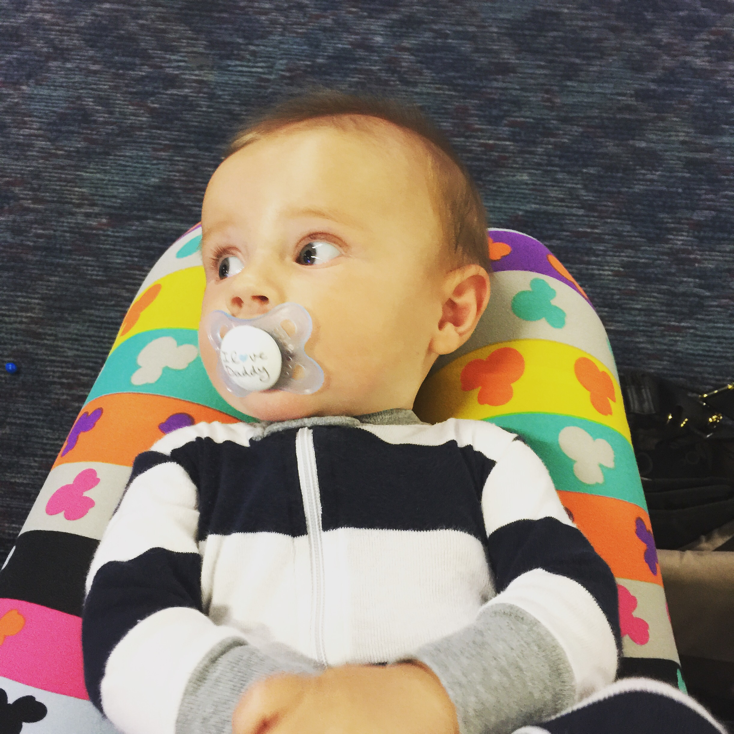 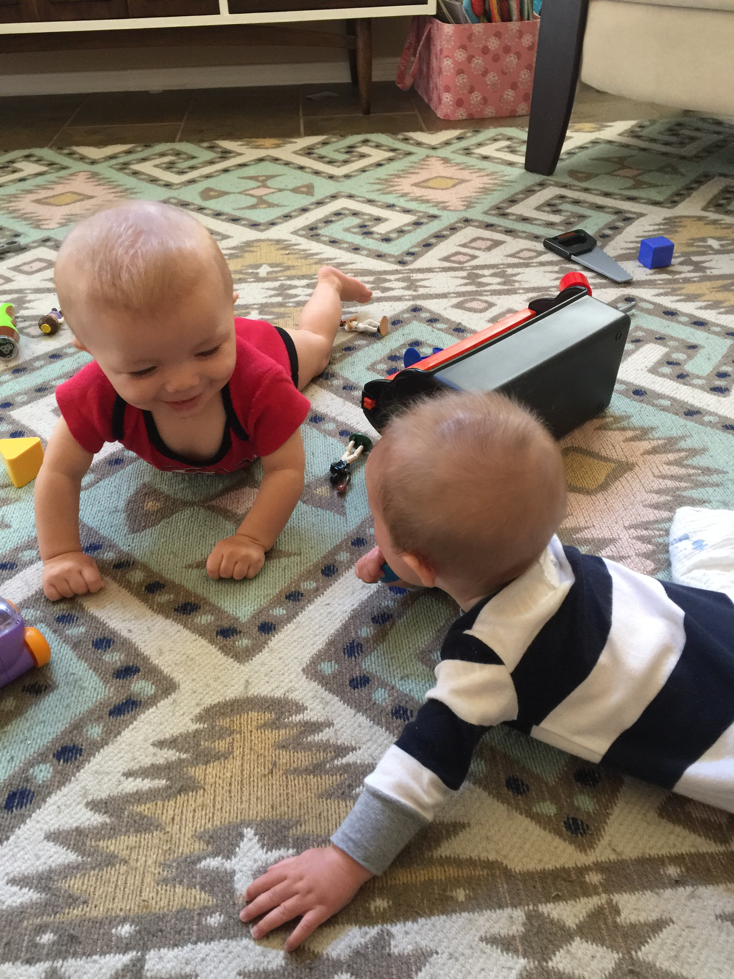 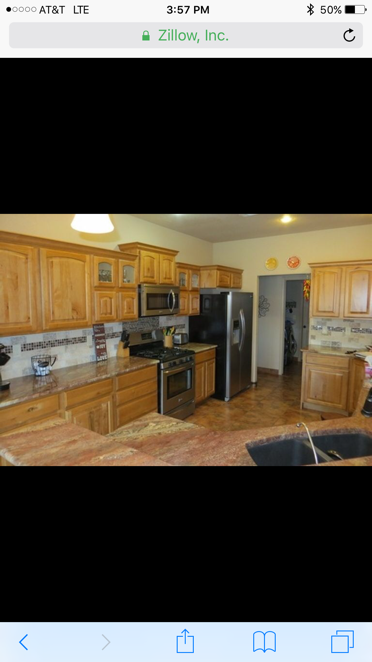 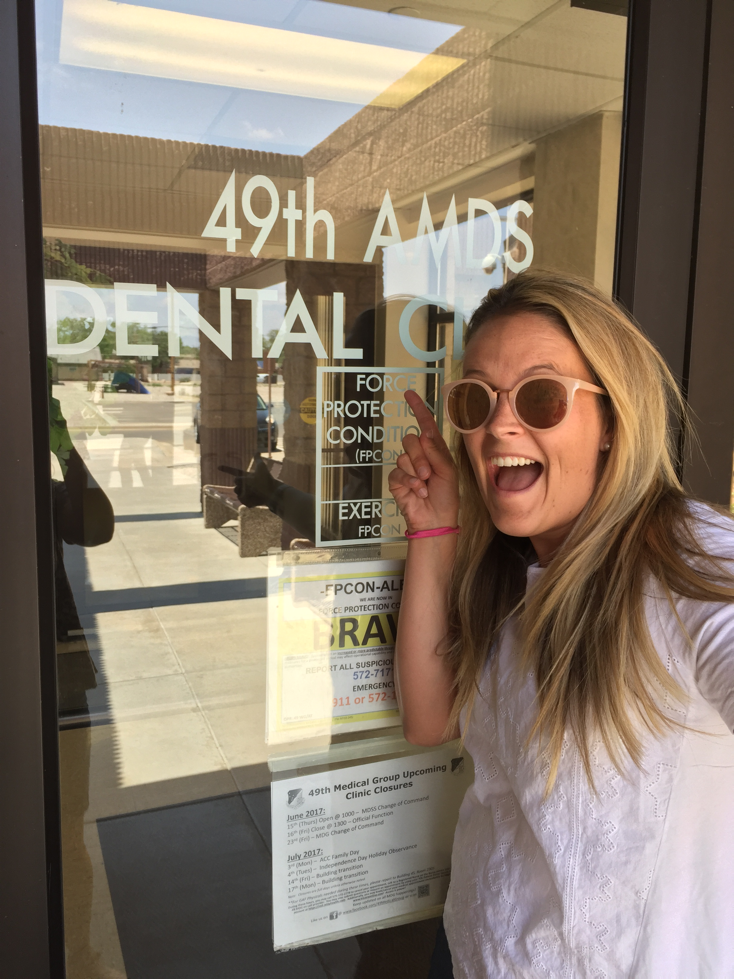 Me visiting Jason’s new Work at holloman!
Posted by Devyn Pickett at 1:46 AM 1 comment: